Crafter named van of the year at Auto Express awards

The all-new Crafter has added to its already burgeoning trophy cabinet after collecting the van of the year award for 2017 from leading consumer motoring title Auto Express.

Steve Fowler, Auto Express Editor-in-Chief, said: “Volkswagen Commercial Vehicles has been going from strength to strength in recent years and, following on from the Caddy and Transporter, the Crafter sets new standards for comfort and quality in its class.”

Sarah Cox, Head of Marketing for Volkswagen Commercial Vehicles, collected the award at an event in London and said: “To receive yet another accolade, and from such a well-recognised title as Auto Express, is great news. I’m really proud of our award-winning products - which have been designed with customers’ needs front of mind - but I’m equally pleased with the changes we’re making to our aftersales offering and within our Van Centre network, allowing us to offer a complete mobility package to commercial vehicle customers.”

The Crafter has picked up many awards since it was revealed to the public last September. It succeeded the Transporter to be named International Van of the Year, as voted for by a panel of journalists from 24 European countries, and it was named best new van by leading commercial vehicle publication Van Fleet World. It picked up the Vans A2Z accolades of best large van and van of the year in March, and was presented with Trade Van Driver's van of the year and best large panel van awards during the CV Show. 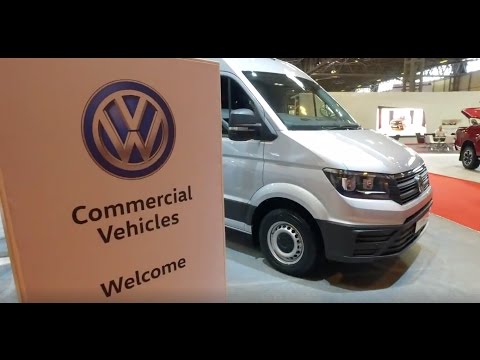