The Toyota Hilux has been announced as the winner of the 6th International Pick-up Award (2022/2023). This prestigious honour for medium-sized pick-up trucks was presented on the 17 November during the Solutrans 2021 exhibition in Lyon, France.

“Every other year since 2009, the International Pick-up Award (IPUA) has been presented to the most efficient one tonne pick-up truck in business today,” said Jarlath Sweeney, Chairman of the International Van of the Year Award, which organises the competition. “As a multi-functional vehicle produced and sold globally, the product – and its marketplace – continues to evolve, with many brands setting high standards in performance, safety and driver and passenger comfort.”

The multi-award-winning Hilux received this latest accolade from an expert panel of members of the International Van of the Year jury, in recognition not only of its powerful and smooth powertrain, but also of its ever-increasing appeal in the world’s growing dual-usage work and leisure markets.

Didier Gambart, Toyota Motor Europe Vice President of Sales, said: “With more than 50 years of heritage, Hilux has always stood for outstanding quality, durability and reliability, as well as very capable off-road performance. With the latest Hilux, we have expanded the engine line-up with a 2.8-litre diesel that offers even more refinement and power, allowing it to meet the needs of customers wanting not only a workhorse, but also a leisure vehicle. So, for us, this award is a recognition of Hilux’s inherent qualities and its extended capabilities.”

The first Hilux was launched in Japan on 21 March 1968 and one year later was introduced to the European market. It has since become one of the most successful models in the Toyota line-up.

Renowned for its quality, durability and reliability, the unstoppable Hilux has proved its invincibility time and again, conquering the North Pole, Icelandic volcanoes and Antarctica, and achieving victory and podium finishes in the gruelling Dakar Rally.

Today, Hilux is manufactured in six global locations and is sold in 180 countries and regions. With more than 18 million sales to its credit, it is the world’s favourite pick-up.

Beyond Hilux as an individual model, the award highlights Toyota’s focus on developing its LCV performance in Europe, witnessed by the expansion of its presence in the LCV market with the Proace City compact van and its opening of a new era of electrified commercial vehicles with Proace Electric and Proace City Electric. Hilux’s revitalised profile with its 2.8-litre engine and improvements in both on and off-road performance is further contributing to Toyota’s ambition to reach a five per cent LCV market share in Europe by 2023. In the UK, the Toyota Professional portfolio of models is also set to include the new Corolla Commercial Hybrid Van, the country’s first full hybrid electric van, due for launch next year.

HOW DO I FIND OUT MORE?

Either make an enquiry and one of our Toyota car specialists will be in touch. Alternatively please visit our Eglinton showroom today for more information or simply call us: 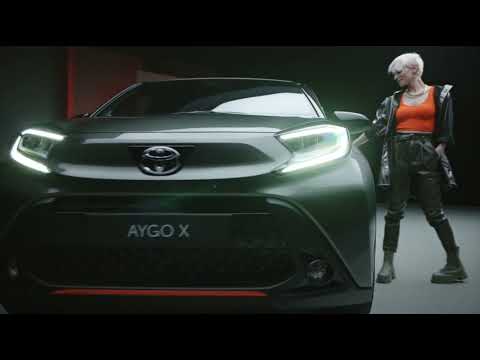