For over 20 years we’ve been part of a quiet revolution. Around the world a growing movement of like-minded people – young and old – have made a choice.

Standing over 10 million strong they are united in saying, we choose hybrid. Our history with hybrid cars began in 1997 with the pioneering Prius. Famous for its environmentally friendly credentials, it inspired early buyers who could see the potential of hybrid technology. 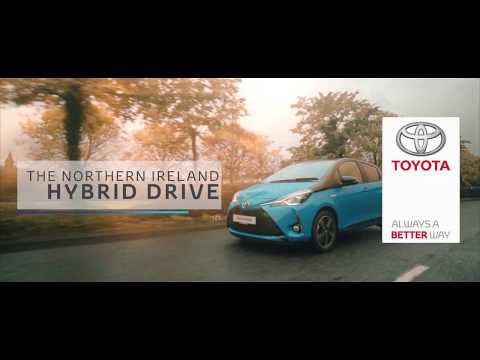 Reg Office: 59 Moy Road, Dungannon, Co Tyrone BT71 7DT
Reg. Company Number: NI 643
VAT Reg. No. GB366303068
Financial Disclosure
Every effort has been made to ensure the accuracy of the information on this website, however, errors may occur. Do not rely entirely on this information but check with your centre about items which may affect your decision to purchase. Donnelly Group are a credit broker and not a lender, licensed by the Financial Conduct Authority as a credit intermediary. Depending on what you intend to purchase, we can introduce you to a limited number of lenders and their finance products which may have different rates and charges and who may be able to finance your purchase. We can only introduce you to these lenders. We do not charge you a fee for our services. Whichever lender we introduce you to, we will typically receive commission from them, either a fixed fee or a fixed % of the amount you borrow. The lenders we work with could pay commission at different rates however the commission that we receive from a lender does not have an effect on the amount that you pay that lender under your credit agreement. We are not an independent financial adviser and so are unable to provide you with independent financial advice. No advice or recommendation will be made.
Back
Vehicle Valuation
Compare Saved Vehicles
Top
Close
X